Can I Breastfeed With Breast Implants? 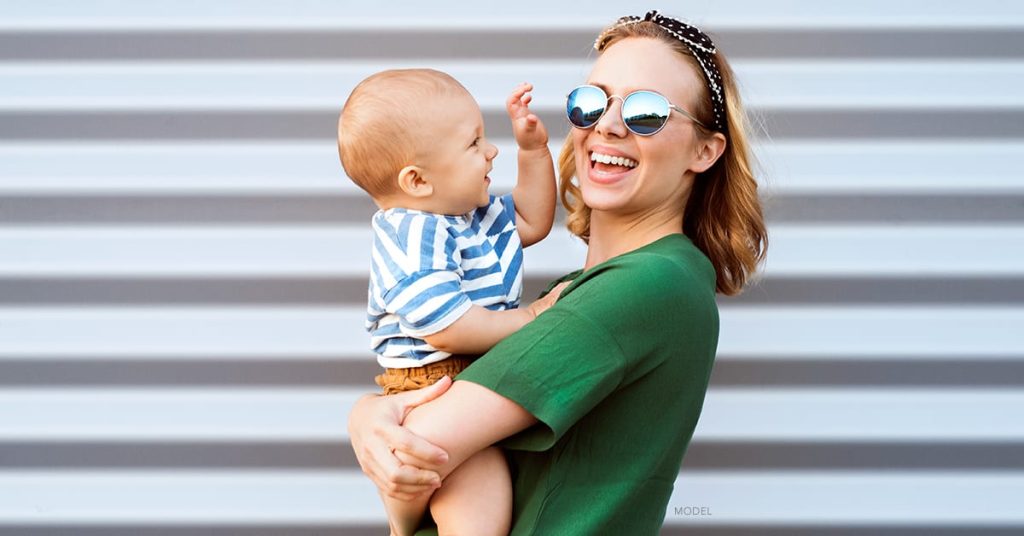 One question many patients ask when they’re thinking about getting breast implants at my Fort Worth practice is whether the implants will interfere with breastfeeding. Typically, breast implants aren’t a factor for mothers who are breastfeeding children, but the full answer is a bit more complicated.

In this blog post, we’ll look at the factors involved for women who already have breast implants or who are considering breast augmentation.

What Affects Breastfeeding With Implants?

It’s important to acknowledge at the outset that some women—whether they have breast implants or not—may have trouble breastfeeding an infant. Lactation experts are an excellent resource for women who are having difficulty getting their infants to nurse.

There are a few questions to ask if you believe implants are affecting your ability to breastfeed. Women considering breast augmentation should consider these issues, too, when making decisions about their procedures.

Where were the incisions made?

Even though plastic surgeons most commonly make breast augmentation incisions at the base of the breast, just above where the breast skin connects to the torso (called an inframammary incision), many surgeons offer alternative incision locations. One of those is on the edge of the areola (the dark skin surrounding the nipple), which is called a periareolar incision. This poses the most risk to patients who intend to breastfeed because the incision can cut some of the milk ducts.

Besides these incision locations, surgeons may also make incisions in the armpit area (which poses some unique challenges of its own).

Do you still have feeling in your nipples?

It’s a good sign if you’ve retained sensation in your nipples because that means your nerves are working the way they should. Women who got breast implants within 2 years of getting pregnant, however, may still not have full nipple sensation but will still be able to breastfeed their infants.

Where are the implants located?

Surgeons can create a pocket where they insert implants in 2 general locations. One is behind the breast tissue but above the chest muscle (called a subglandular placement), and the other is behind the muscle (called submuscular placement). Implants placed above the muscle are more likely to interfere with breastfeeding. The submuscular placement is typically a preferred option not just to help women who intend to breastfeed but also to produce better results.

What was the reason for getting implants?

Women usually get breast implants simply because they have naturally small breasts and want to enhance breast size. Some breast augmentation patients, though, get implants because their breast tissue never developed or because they have significant asymmetry or tuberous breasts. In those cases, it is possible that there isn’t enough glandular tissue to produce milk.

For women planning to get pregnant in the relatively near future, I would recommend waiting until after they’ve finished having children to get implants because pregnancy often changes the shape and volume of the breasts.